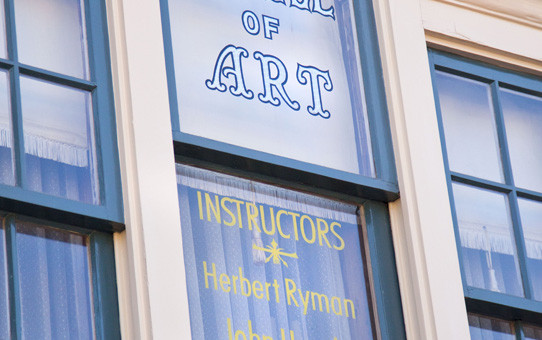 Walt Disney’s dream wasn’t achieved by himself. He had a lot of help from friends and one of those friends named Herb Ryman was the man who directly helped build Disneyland into what it was on opening day in 1955. 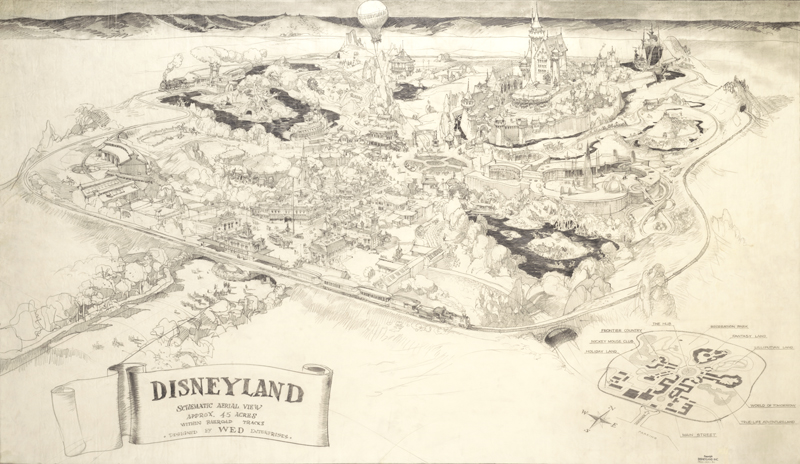 It was a Saturday morning in 1953 when Herb (or “Herbie” as his friends like Walt called him) was drawing a sketch for the Walt’s park. He passed the drawing to Walt’s brother Roy so that Roy could show potential financiers what they would be planning to build and convince them to fund Disneyland. With funding approved, that sketch single-handedly started the process of turning dream into reality.

Walt and Herb first met each other at an art exhibit. After seeing Herb’s work up close, Walt asked him if he could work for the Walt Disney Studios.  Herb jumped on board and was made the art director for movies such as “Fantasia” and “Dumbo”. Of course he also used his skills at Disneyland even more by helping with the designs for Main Street U.S.A., the Sleeping Beauty Castle, New Orleans Square, and much more.

Late into the years, Herb still loved what he did for Disney even after Walt’s passing. He worked as a full-time consultant after coming back from retirement in 1971 and sketched concepts another one of Walt’s visions EPCOT and later some of the other attractions at what would be Walt Disney World.

For his drive to sketch that dream, Herb was honored with a Main Street window that he shares along with fellow Disney artists John Hench and Peter Ellenshaw. Their window states, “Plaza School of Art– Instructors” which is located above Main Street Photo Supply Co. at Disneyland Park.

Although Herb passed away in February 1989, he sketched one more time into the Disney history book by being named a Disney Legend in 1990.

Enjoying these Main Street U.S.A. window history lessons? Click HERE to read more about more windows and the dream makers behind them all.