Our friends at Walt Disney Home Entertainment are in a busy season right now as not only has “Frozen” hit store shelves, but “Saving Mr. Banks” as well! Although we know that the latest Disney animated film has “broken the bank” err…taken the world by an icy storm, we think there’s still room for one of the most honest and heartfelt movies that Disney has ever put out. 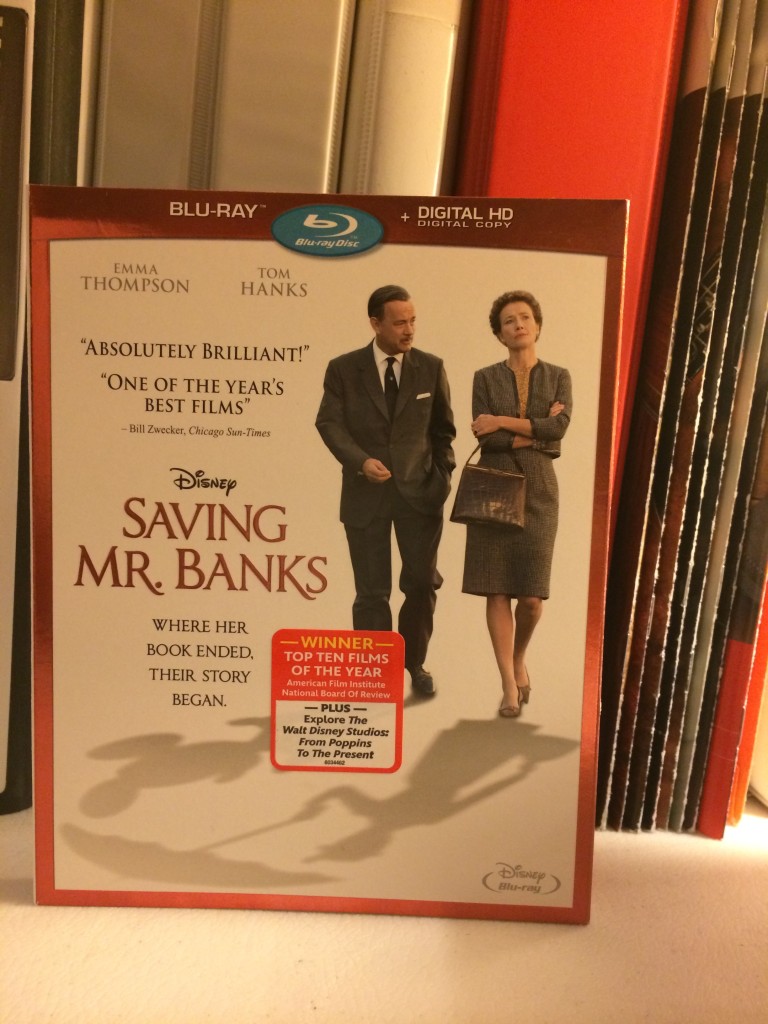 As with our first Blu-ray product review with “Frozen”, we’re always looking for value and bang for yours and our buck and in this case, that’s not just a pun. Before we give our opinion though, we need to see what we’re getting, so here’s a list of things you’ll get by buying the “Saving Mr. Banks” on Blu-ray:

If you haven’t seen the movie before, we certainly think your investment is certainly worth it. If you have seen the film, we can say that the awesome bonus features compliment the film really well, specifically the fun short documentary about the Walt Disney Studios Lot as it gives a realism to where a majority of the film took place.

The documentary chronicles the place where the real Walt and his team produced and even shot “Mary Poppins”. The studio lot itself is still in existence in Burbank, CA and is still booming with production and acts as headquarters for the entire Walt Disney Company now too. It was so great hearing the stories of the children who grew up on the lot as their parents worked on the Poppins film and how much the studio has changed since then.

And that’s the focus of the Blu-ray’s features if anything the whole movie too: the history of the beloved movie and the magic it still brings today. If you’re looking to relive those moments or see them for the first time as a loyal Disney fan, your tuppence might be well spent!

Remember that Disney has also launched Disney Movies Anywhere, their free service that will allow you to view all your Disney movies that you’ve purchased, including this movie and some of the bonus features, on your mobile products including your iPhone, iPad, Mac or PC. Click HERE for more information.

Are you going to buy “Saving Mr. Banks”? Why? Are you that Disney fan who needs to get more behind-the-scenes action or are you the first-time watcher who’s going to invest in a new movie for your collection? Tell us in the comments!

DisneyExaminer product reviews do not necessarily reflect the views of the entire DisneyExaminer Staff. All products are given to DisneyExaminer free of charge for review purposes from Walt Disney/Buena Vista Home Entertainment.