I have the privilege of being the owner and Editor-in-chief of a business that I and a few friends started from the ground up. What you see today as DisneyExaminer, is the fruition of many years of hard work, discouragement, and of course the occasional triumph. I write ‘occasionally’ because apart from having those great feelings of success, there were equally double amounts of failure. These are stories that you’ve certainly heard before, but they are stories that aren’t celebrated all too much…because let’s face it – no one likes to hear a story with a majority of it being a downer.

“[Our story is] a story of brokenness, hopelessness, riskiness, and eventually triumph.”

To discount a story filled with trials wouldn’t be the wisest thing to do, though, because there still are celebrations that come out of those stories you just have to take part as if they were your own. You know what I mean. Whether they be personal stories told through word of mouth or ones that are told on the Big Screen, the stories that have more discouragements than triumphs are the stories that stick to you. One of those stories has been turned into an upcoming full-length Disney movie that might have gone under your radar. It’s a story of brokenness, hopelessness, riskiness, and eventually triumph.

“Million Dollar Arm” tells the story of JB Bernstein, a real person who started his own business and fought the fight, but eventually came to a point in his life where the fight almost proved to be too tough to fight. He’s in the business of finding great, but undiscovered sports talent and sign them onto big league, big paying teams where he’d then get his cut. As you know or you’ll soon find out when you watch the film, being a sports agent (and being a business owner of your own sports agency) isn’t the easiest job in the world. For JB, finding raw talent for baseball to save his company came at great costs. Some more costly than others. 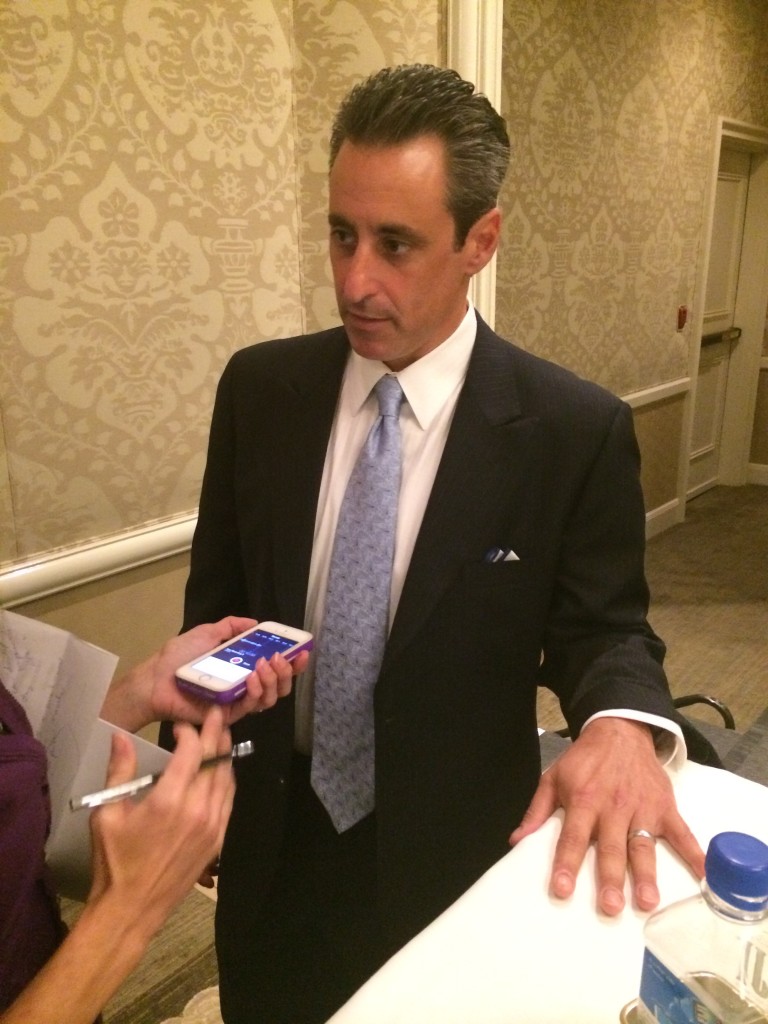 When DisneyExaminer first started, I certainly counted the costs more than what they’d get me just like JB. Having your own business where that business is already competing with other businesses that are in the business of doing the same thing (i.e. sharing Disney news), was a problem that lingered in my mind for a long time. That same problem lie in JB Bernstein’s mind too when he was trying to sign an athlete. Additionally, JB has to sign that athlete to keep his business (and well-being) alive. In the same way, I had to find ways to keep DisneyExaminer unique where sponsors would be able to support us.

When the outlook started to become less and less promising with the same seeming to happen to JB, the outside enters the inside and the truth of who you really are becomes evident as noted by the people around you. I believed in DisneyExaminer so much that I’d make the issues with growing it personal. That in turn tested relationships, brought heated arguments, and depressing times. My identity in life was making DisneyExaminer the best site out there. JB’s identity was found in signing athletes and that was it. The cost didn’t matter, but as things progressed, we both found out it really did.

For both JB and me, our connections to our businesses and how we reacted when they were fleeting are turbulent times that were a part of the larger life story. We share that connection, but where we share our connection even more so is where we are now; the “success” stage. For me, DisneyExaminer is a go-to source for many wanting to get their Disney news because of our content partnerships with Disney themselves. JB and his business, Seven Figures Management, are signing some great talent thanks to the discovery of his novice-turned-pro baseball stars from India (as documented in the Disney movie). For the both of us, relationships were mended and our identities were made in family and friends, not business.

It all worked out for us both, but our stories reflect a story that has been experienced by everyone in some form. It may not be in business or sports or Disney for that matter, but they have been experienced.

Perhaps even in your life.

Your story might not make it into a film, but your story is something experienced along with the rest of the world, including me and JB Bernstein. I have a feeling that this connection, as well as the connection people will individually make themselves with the film will “hit it out of the ballpark.” You’ve experienced a lot of downers in life, but it’s what we find out and how we react when faced with those challenges that’ll make this “million dollar” story ring true for you.

And that’s no downer story.

Do you relate to I and JB’s story? What have you done in the past that has affected your future? Has it affected it for the better or the worse? Will you see the full “Million Dollar Arm” story when it comes to theaters this Friday? Comment below.