The Walt Disney Company is known for its magic kingdoms to us humans, but apparently they want to usher in another kingdom for the other living creatures we share the earth with.

As part of the 2015 slate of films that the Walt Disney Studios is releasing this year, “Monkey Kingdom” will tell the story of monkeys living in their “kingdoms”. This will be the eighth Disneynature film that aims to enlighten and entertain audiences about the world we all live in. Like previous films of the same nature (no pun intended), Disney hopes to do this by setting beautiful shots of nature to a fluid plot that these monkeys will “act out”.

This film has cast a monkey named Maya and her son Kip and their journey of trying to reclaim their home. The full synopsis is below –

Life is an adventure for Maya, the clever and resourceful blonde-bobbed monkey in “Monkey Kingdom,” Disneynature’s new feature film set among ancient ruins in the storied jungles of South Asia. Maya’s world is forever changed when she welcomes her son, Kip, into her complicated extended family. Like all families, Maya’s has more than its share of colorful personalities—and she’s determined to give her son a leg up in the world.

When their longtime home at Castle Rock is taken over by powerful neighboring monkeys, Maya’s whole family is forced to relocate, and she uses her street smarts and ingenuity to lead them to untapped resources amidst strange new creatures and unsettling surroundings. Ultimately, they will all have to work together to reclaim Castle Rock, where Maya can hopefully realize her dreams for her son’s future.

Take a look at one of the trailers for the film above. Directed by Mark Linfield, who has directed two previous Disneynature films (“Chimpanzee”, “Earth”) “Monkey Kingdom” is currently in post-production. It will release in theaters April 17, 2015. 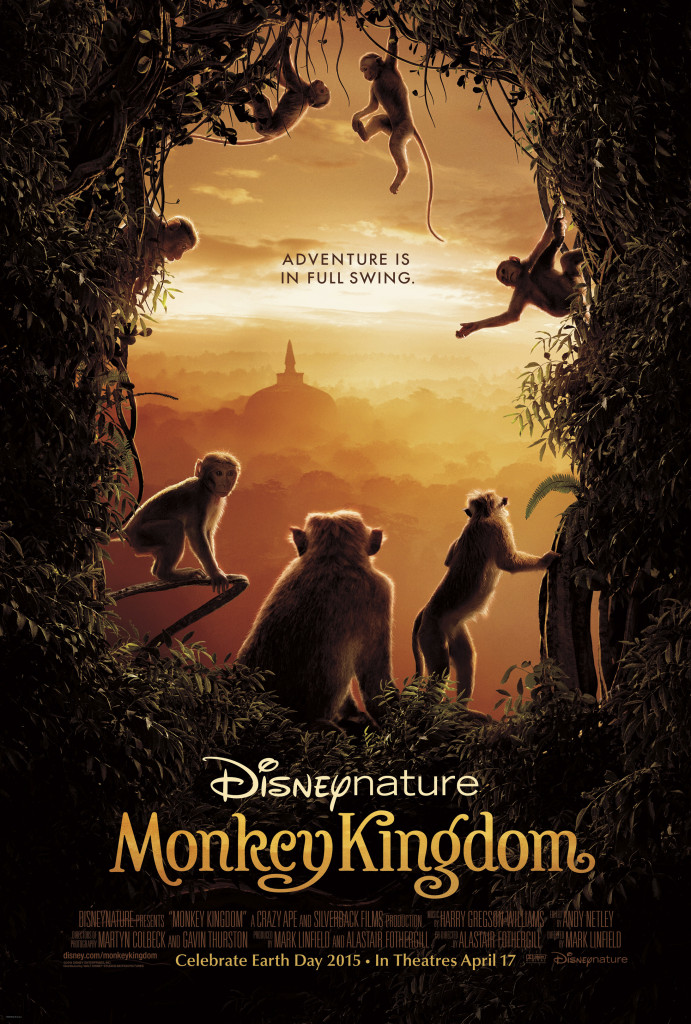 Will you watching this animal film in theaters? What do you think about filmmakers creating these nature-centered films? Should Disney continue to make them or should they devote their resources to other types of films (e.g. animation and live-action)? Tell us in the comments!