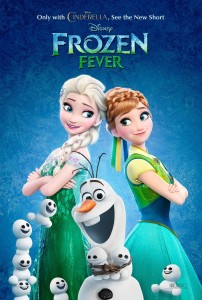 Editor’s note: Yes, these are our staff members’ actual thoughts on the film. Enjoy!

Jordan: So, what did you fellas think of Cinderella?

Jordan: I didn’t forget! It was aight.

Stephen: The short was pretty entertaining and the new song is pretty dang catchy but I’m calling it now – Disney confirms that Elsa has more magic than her frozen powers! I always thought it was never clearly defined in the first film! She’s TOTALLY A WITCH!

Jordan: Let it go, bro. Just enjoy it like I did. It’s Frozen and everyone who’s everyone loves dat Elsa doe. It’s cool that we got to see all of the characters again and get their backstories.

Andy: Yeah man, it was definitely cool to see the characters back in action but I didn’t think they need to continue to tell the story of Arendelle. Frozen was perfect the way it is. This short was just unnecessary.

Kevin: I’m waiting for Frozen 2: The Revenge of Hans. 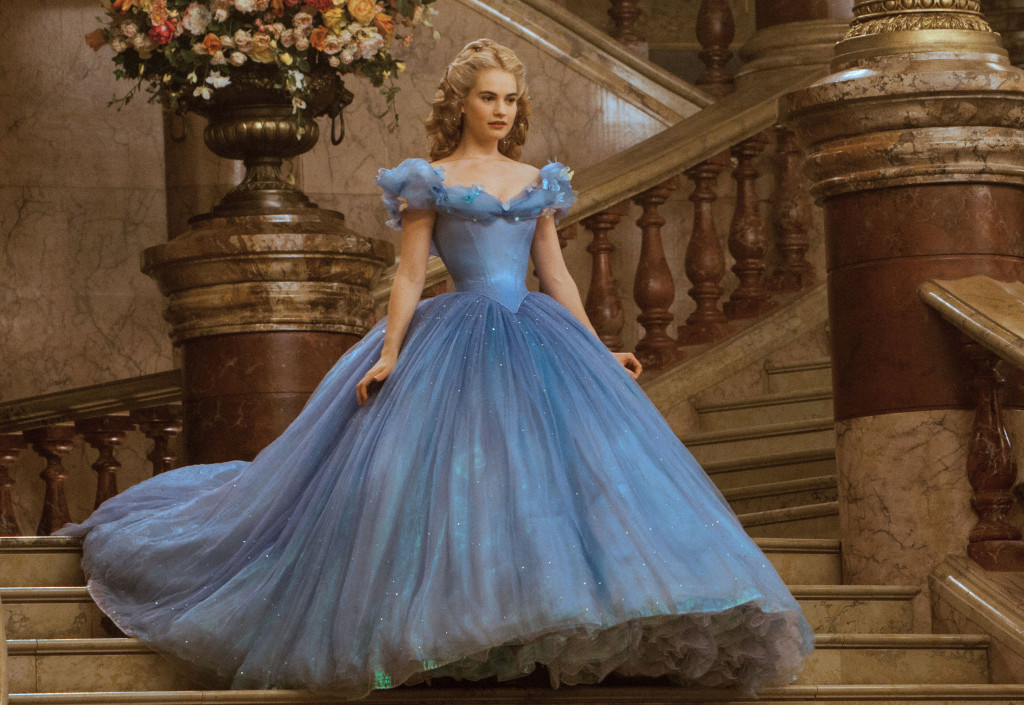 Andy: Alright, can we just talk about the movie now? What did you guys think?

Stephen: You know, I went in thinking it would be boring as heck like Downton Abbey (since Lily James is in that show plus most of the cast is European like all films based on literature are), but it was pretty good. They didn’t make it like that at all.

Andy: I thought it was alright.

Jordan: Just alright? Why man? I thought it was great!

Andy: Well, the movie just didn’t excite me. The visuals in the movie were great but I was just bored throughout.

Jordan: …bored? Really? I thought it had excellent writing as the story was the traditional Cinderella story, and that’s what made it great!

Andy: For me, maybe the fact that I already knew the story took away from it.

Stephen: That’s the beauty of it man! The film takes the old animated movie and brings it to live action and keeps true to the Cinderella story. Plus, the writing in the film also answers some must-needed questions about Cinderella as a character like “why does she take the abuse from her stepsisters?” or “why the heck hasn’t she run away yet?” and in the end, gave the characters a lot more depth.

Jordan: What about the visuals? I liked them, but they’re just good CGI. Big whoop.

Stephen: The CGI was magical. There wasn’t a lot and there wasn’t too little. It was just enough that it didn’t distract from the overall story, look of the film, and the fantastic dialogue between the characters.

Andy: The costumes and set designs were fantastic but the CGI animals looked really horrid…

Jordan: They’re fantasy animals dude. Plus, the end credits say that no animals were harmed in the making of this film.

Andy: At least this movie has that going for it. 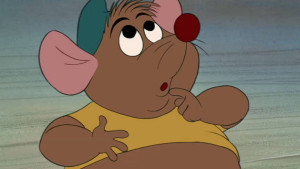 Jordan: …It had a lot more going for it! How about the cast?

Stephen: Lily James plays a sensational Cinderella. She’s not the Cinderella that wakes up in the morning with perfect hair and her animal friends to dress her up. It’s completely different from that. You can actually believe she (Cinderella) is a real girl with real problems, emotions and motivations.

Jordan: Hold up, you can’t forget about the other bro Richard Madden aka Prince aka not Prince the musician aka not Charming (at least in this movie according to the credits) aka Game of Thrones aka the homie who marries Cinderella. He’s the real MVP.

Kevin: The only actress I knew was the lady that stars opposite of Johnny Depp in all Tim Burton movies. Her name slips my mind at the moment…

Stephen: You mean Helena Bonham Carter from films like Sweeney Todd who plays the Fairy Godmother?

Kevin: No…I think it was…Pirates of the Caribbean.

Andy: You’re all wrong because Cate Blanchett was the best part of that movie. She was an amazing wicked stepmother. I believe that she is one of the best actresses in the game.

Jordan: Whatever. She was pretty evil as any stepmother might be. She’s probably going to be hated after this movie.

Andy: Alright, last question. At the end of the night, when all is said and done and the clock strikes midnight, would you fellas recommend this movie?

Kevin: Hey! I understood that “clock strikes midnight” reference! 😀 The movie was good.

Andy: Personally, I don’t know if I would recommend this movie. If you are a fan of Cinderella stories then you may enjoy this movie. But I don’t think this version of Cinderella does anything to make it unique from the other Cinderella movies that already exist.

Jordan: I would totally take my Princess Bae to watch. She’ll be all over this movie!

Stephen: Unlike Andy, I have a beating heart that loves the idea of magic and wonder, so I’d definitely take my “Princess Bae” to watch this movie (if I had one…). I think it’s a classic story but with a revitalized twist thanks to amazing writing and outstanding acting from the cast. Plus, the film’s new message to “have courage and be kind” is a universal one that anyone who sees this film can agree with. 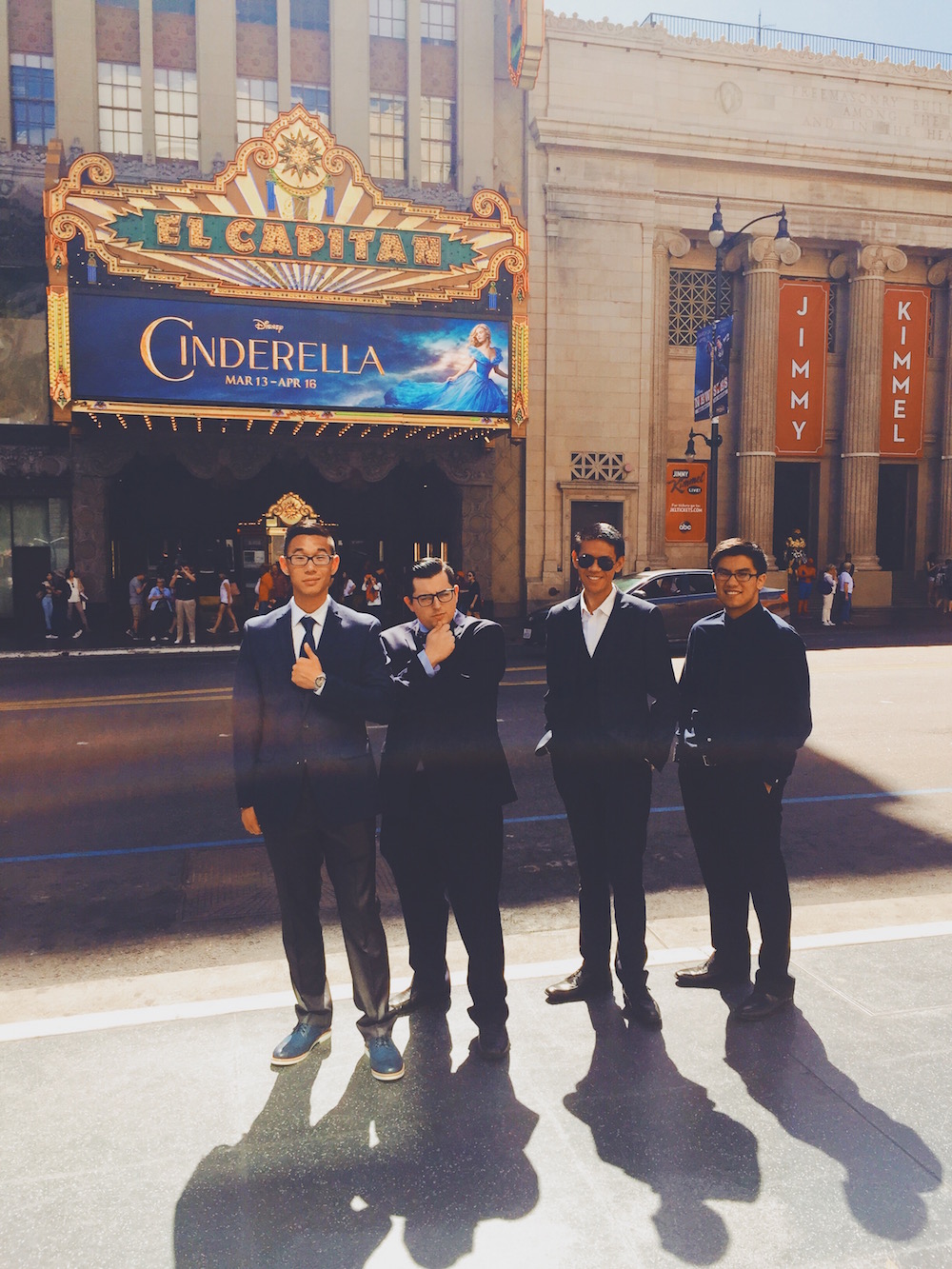