It was the early 2000s and was growing up as a teen. I already had a love for Disney, but knew that I would ultimately come across questions like “what girl(s) do you like?” or “what types of music do you listen to?”

Fortunately for me, I didn’t have to lie about that music (or to that girl who asked those questions) because of something called “Disneymania”. For those who didn’t grow up during that time, Disneymania was a series of audio CDs that included Disney music covers from some talented music artists at the time.

Some of those covers were memorable, including Usher’s version of “You’ll Be In My Heart” from Tarzan and The Cheetah Girls’ version of “I Won’t Say (I’m In Love)” from Hercules. Overall, many teens (like me) and adults alike loved the re-recorded version of these classic Disney songs.

Over the next 8 years, Disney released 9 cover albums, 4 of which went gold-certified in sales and topped many radio charts. The last Disneymania album released in 2010 and the world has been without them for a while. It wasn’t until the D23 Expo this past weekend that we got news that the Disney cover music would return!

“We Love Disney” will be this generation’s Disneymania. Many classic Disney songs that were already covered on the Disneymania albums will be covered on this album. The only change will be the music artists and their arrangements of the songs. Here’s the full track listing:

As you can tell, Disney was trying to find artists who just didn’t have musical talent, but have relevancy to the time. “In choosing the artists to appear on ‘We Love Disney’, we tried to cover the whole spectrum,” said Grammy Award-winning David Foster, who produced the album said. ”I wanted great singers. That’s always been my mandate. We set the bar high and everyone who came in absolutely killed it. The vocals on this album are spectacular.”

He may be right as those who were at the Disney Legends Awards Ceremony at the D23 Expo this past weekend were treated to a listening of the full first track on the album performed live by Ne-Yo himself. According to many on social media, he did well.

Ne-Yo’s new take on “Friend Like Me” really is fantastic but part of me will just always hear it in Robin Williams’ voice. #D23Expo

I sure miss Disneymania music, but I’m glad that Disney is bringing back the spirit of doing cover albums through the “We Love Disney” album. It’s things like these that show that Disney music is not just a big part of the magic for one day, but for generations. Perhaps my future son can woo a girl by telling her about he, too, loves Disney music. 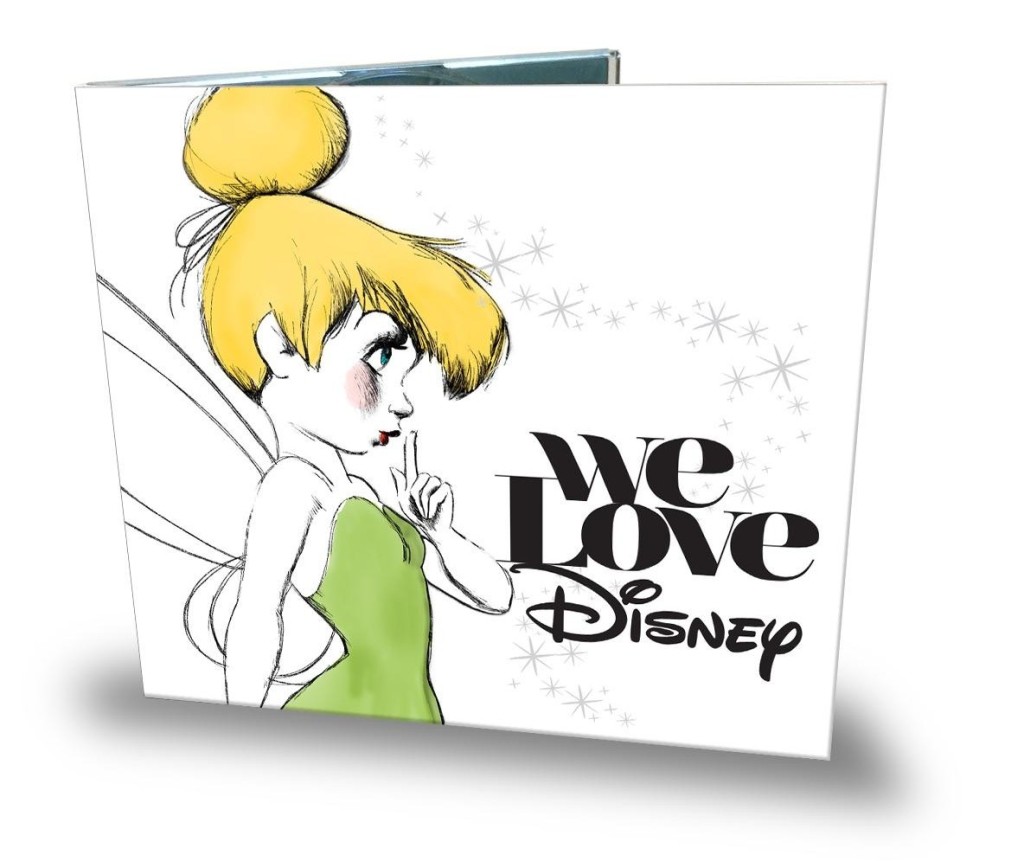 “We Love Disney” album releases October 30 in stores and online. For more information and how to pre-order, click HERE.