Disney movies are known to have amazing songs and soundtracks, but did you know that many of them often have songs removed before the final cut of the film is released?

Below you’ll find 7 amazing Disney songs that never made it into their original films, or were created after the films were finished. Take a listen to hear what your favorite Disney movies almost sounded like!

“I Can’t Believe My Heart” – Hercules

This song is much slower than Meg’s well known song “I Won’t Say I’m In Love”, and while it’s much calmer than what we know of her personality, it’s still a sweet look into her emotions as she begins to fall in love with Hercules. It actually starts off very much like her character, but then takes on a softer tone: “I’ve always thought that men were slime! And every guy I’ve met has proved me right…until tonight.” It’s a great look into how Meg’s attitude changes from skeptical and untrusting to finally understanding her feelings.

“Frozen” actually has many deleted songs, but one of the most unique has to be Reindeers Remix, which (as the name implies) is a remix of the song Kristoff sings to Sven in the film. It would have been nice to hear more from Jonathan Groff, and Kristen Anderson-Lopez and Robert Lopez even acknowledge in their commentary that the song would have been used alongside the end credits. Unfortunately the tune never made it in, leaving us with only a demo and the same thought as the lyrics: “why didn’t [Kristoff] get a real song?”

“One Dance” – The Little Mermaid

Yzma would have had her very own song in Emperor’s New Grove! Within the song we learn more about Yzma – she learned her magic spells from her father, a mortician, and her life ambition is to find eternal youth, no matter what it takes. The song takes advantage of Eartha Kitt’s excellent vocals, but sadly never made it into the final cut of the film.

This upbeat song would have been sung by Mushu as he encourages Mulan to dress the part of a male soldier. Its swinging style would have sounded nice sung by Eddie Murphy, but many have commented that it wouldn’t have fit well with the rest of the film’s soundtrack. Still, it would have been nice to hear Mushu sing his own song in the film!

“If I Never Knew You” – Pocahontas

This song is already well-known as the moving ending credits tune sang by Shanice and Jon Secada, but did you know Pocahontas and John Smith originally sang their own version in the movie? The pair was supposed to sing this touching song to each other when she comes to visit him the night before his planned execution. The scene unfortunately did not make it into the film, but can still be found on special editions of Pocahontas (and yes – Mel Gibson does sing John Smith’s part!). 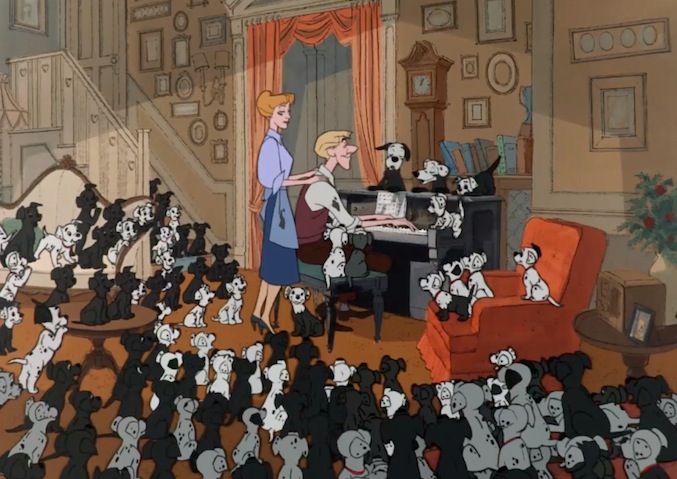 This catchy tune was supposed to have been sung by the Dalmatian puppies as they make their way back to London. While commentators have said that the tune doesn’t fit in with the rest of the film, it can’t be denied that hearing the puppies sing would have been adorable!

For creative and production reasons that are rarely stated, these songs are lost in Disney history. There are many deleted Disney songs out there, but thanks to the magic of the internet many are available with just a click of a mouse. Perhaps one day Disney will make these songs available on a special deleted songs CD, but for now check out the songs above, and see if you can find more lost favorites.

If you’d like to hear the Disney songs that did make the cut in a brand new way, check out the new We Love Disney CD!