Let’s be honest here: I love celebrities, but I almost always get star struck just thinking about talking to them – and who is more star-striking than someone like Miss Piggy? I’d never even think that I’d be able to have a personal conversation with the queen herself.

But thanks to Facebook Messenger, I (and you, too!) can now talk to Miss Piggy herself, screen to screen, in real time. Just hop over to her Facebook page and start messaging away. The magic behind allowing Miss Piggy to chat with you was brought to you by a company called “imperson“, a company that Disney invested in during last year’s Disney Accelerator program.

In the name of research for you, I thought it might be fun to try talking to Miss Piggy on my own.

Since Valentine’s Day is coming up, I decided to start by asking her about romance. 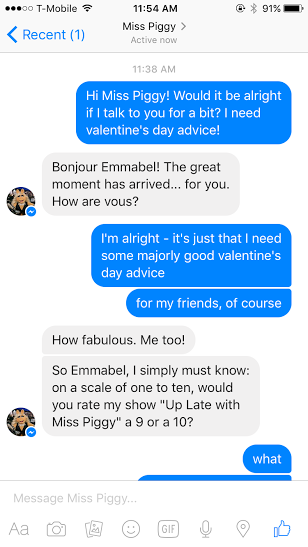 But she clearly had other things to discuss with me. 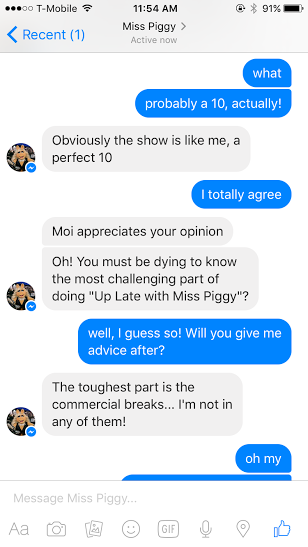 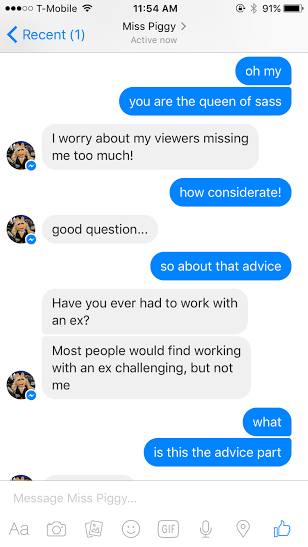 But as you can see, she started hinting at things related to love and I, being a big fan of KermitxMiss Piggy, jumped right on it. 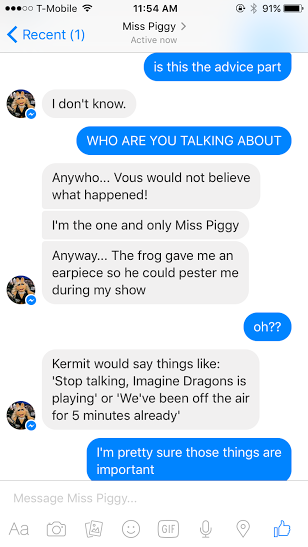 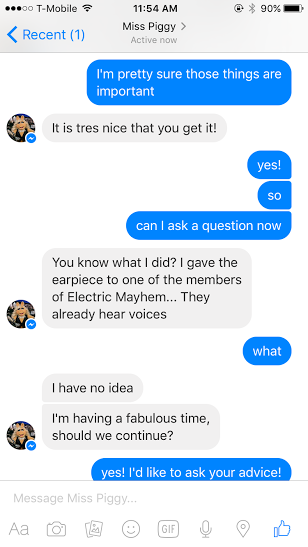 Again, I tried for advice. Again, I failed – but I did get to hear an amazingly drama-filled story about her encounter with “Dennis”: 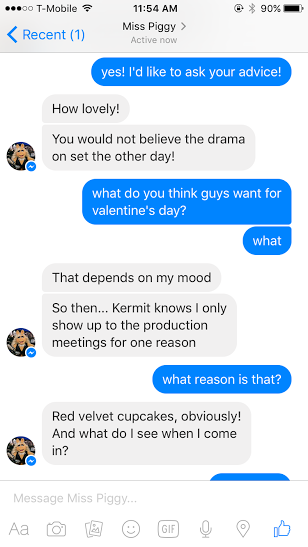 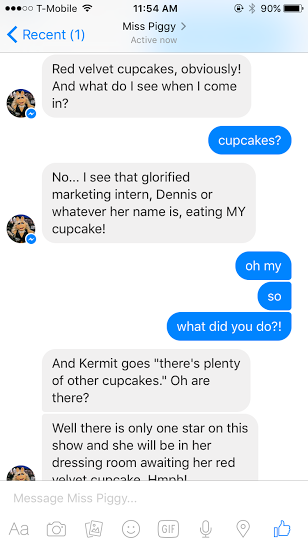 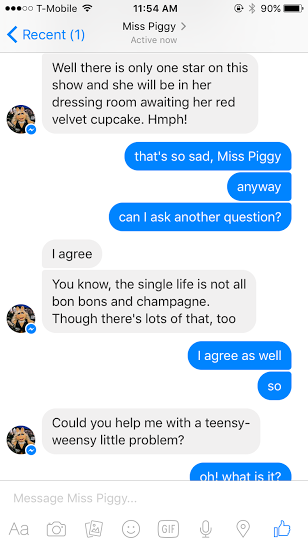 After this, we really started to discuss dating advice – except it was her asking me what to do. 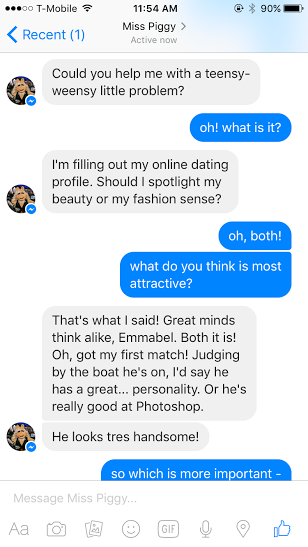 I then tried to ask her a very important question regarding looks and personality, but unfortunately she had to leave for previous engagements. Uncle Deadly even made an appearance! 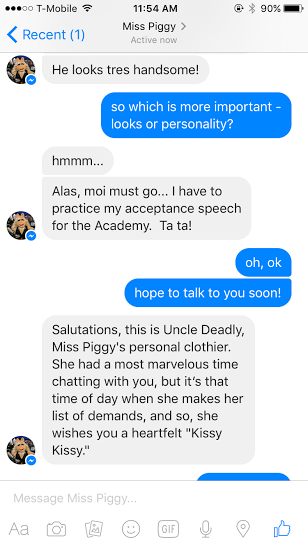 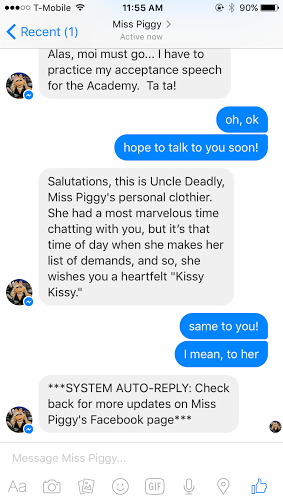 So that’s how my conversation with Miss Piggy went. I didn’t get the dating advice I wanted, but I did get to hear a lot more about Miss Piggy’s life – which, quite frankly, sums up her character pretty well.

Talk to Miss Piggy yourself (only on weekdays between the hours of 10 AM and 12 PM PT. Really.), and let us know how your conversation goes! Maybe you’ll have better luck than I did.