In an age where the performing arts are beginning to fade from public schools, Disney has shown that artistic expression is indeed an important part of learning – especially for the students participating in the Disney Musicals in Schools program!

The program, which has given $100,000 towards grants, copyrights, scripts, and directing help to schools, aims to create lasing musical theater programs for students. This effort has proven very successful, and in fact almost 300 elementary school students, many of whom had no previous experience performing on stage, came together last Tuesday, March 22nd in a grand finale of Disney songs and dances. 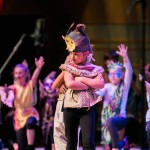 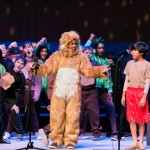 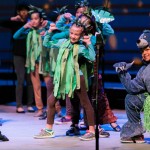 For the past 17 weeks, students from Agnes Ware Stanley Elementary, Ethan B. Allen Elementary School, San Juan Elementary School, and Westmont Elementary School have worked hard in order to put on stellar performances of Disney favorites like The Lion King and The Jungle Book. They then showcased their performances during Disney Musicals in School’s Student Share Celebration, where they all came together to perform select pieces at the Segerstrom Concert Hall in front of friends and family. 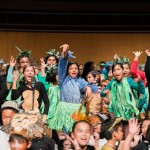 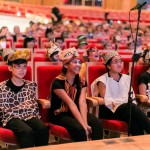 The Disney Musicals in Schools program aims to counter the stigma against performing arts in schools. Their success of their effrots to keep the magic of artistic expression alive can be seen in the excitement these students now have about musical theater. Even better, this program doesn’t stop here – at the end of the celebration, Disney surprised the Segerstrom Center with an additional $60,000, in order to keep the program going for next year as a part of Disney’s Million Dollar Dazzle initiative.

It’s always wonderful to see how a company like Disney, which is so focused on children’s entertainment, make great efforts to help the very kids they make movies for. Keep your eye out to see how next year’s students continue to express themselves through musical theater!