PETE'S DRAGON is the adventure of a boy named Pete (Oakes Fegley) and his best friend Elliott, who just happens to be a dragon.

The trailer, however, makes it evident that this movie is very different than the one it’s based on – where are the creators going with this adaptation?

During a special Q&A last week at the El Capitan Theater with select press, Director David Lowrey and actress Bryce Dallas Howard shared more about the goals of this new version of Pete’s Dragon, revealing their intents behind the film as well as some cast secrets along the way. Lowrey and Howard’s comments, along with special screenings of a few clips from the film, make the film look incredibly promising.

Here are a few things we learned from the Q&A and from the clips: 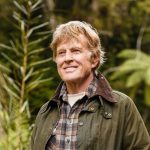 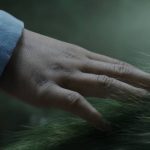 1. Robert Redford once hitchhiked to work, and rescued a horse while on set.

Lowrey and Howard described how Redford found a horse on the side of the road, discovered its owner was abusive, and made sure that it found a new, loving home. His character, Mr. Meacham, is also a a kind, animal-loving person, and Redford seems to fit that role just right!

2. Elliot is furry in the movie because Lowery wanted to evoke the same love he has for his cats.

He commented that he wanted the relationship between Pete and Elliot to be like those between humans and pets, and so chose to create a furry, warm dragon rather than a cold, scaly one.

3. The audition process to find Pete was very unorthodox.

Lowrey tested kids by having them perform fun tasks like building structures out of furniture, making traps, and sneaking up behind people.

4. The actors who play Pete (Oakes Fegley) and Natalie (Oona Laurence) are incredibly mature and are already being hailed as talented actors.

Howard and Lowey in particular raved about how Laurence’s talent. She could allegedly jump between playing games on an ipad and filming emotional scenes in single takes!

5. Unlike in the original animated movie, there are no musical numbers in this film.

But Lowrey says there is at least one important song! 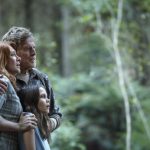 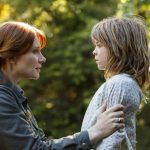 6. This movie is not set in a specific time or place.

The creators didn’t want time-specific elements like iphones to take away from the magic of the film. In order to create a classic, timeless look, they set the film vaguely in the pacific northwest and used cars from different time periods.

7. This movie is not an exact copy of the animated film.

And Lowrey didn’t want it to be. He commented instead that he wanted to make a Pete’s Dragon for a new generation.

8. Lowrey and Howard believe the film is significant because it maintains the ideas of childhood innocence and respect for younger generations.

Lowrey spoke on the importance of being respectful to children and their feelings, an idea which seems to shine through the clips and trailers we’ve already seen.

9. Clips from the film reveal how much the movie values children and their ideas.

During the preview we saw scenes of Robert Redford’s character, Mr. Meacham, treating Pete and Natalie like adults. There also seems to be a conflict within Howard’s character Grace transforming from a disenchanted non-believer to an important figure within Elliot’s fate.

10. The movie emphasizes diversity between children

Perhaps this is something small, but I appreciated that while the main cast is Caucasian, the group of children who listen to Mr. Meacham’s stories are notably diverse. Maybe they did this on purpose; for a story that is set in a vague time period, somewhere in the pacific northwest, I thought it was particularly eye-catching.

Though the film is not a carbon copy of the original, it does update the story for a modern generation, while also maintaining elements of timelessness.

To see the result of Lowrey, Howard, and the rest of the cast and crew’s hard work, catch Pete’s Dragon, out on August 12, 2016.