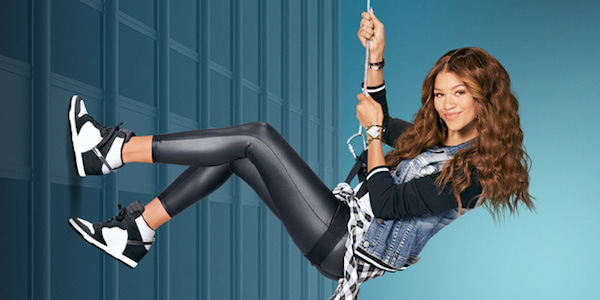 “Mary Jane” became one of the trending topics on Twitter yesterday after The Wrap announced that Zendaya (full name Zendaya Maree Stoermer Coleman) will star as her in the latest Spider-Man reboot movie. The site claims its source were “two individuals with knowledge of the project.”

Zendaya is known for her roles on Disney Channel shows like Rocky Blue in Shake It Up and K.C. Cooper in K.C. Undercover. When she appeared on the Spider-Man: Homecoming panel at San Diego Comic-Con, she was only known to play a character named “Michelle.” Perhaps it was a ploy to mislead audiences.

Not much has been revealed about Spider-Man: Homecoming besides the movie taking place during Peter Parker’s/Spider-Man’s (played by Tom Holland) high school years and that the Vulture will be one of the villains. Other stars have been announced as part of the cast, such as Michael Keaton and Donald Glover. But like Zendaya, their roles have been kept secret.

The last time Mary Jane appeared in a film, she was played by Kirsten Dunst in Sam Raimi’s Spider-Man trilogy. It would be intriguing to see what direction Zendaya’s character will take in Jon Watts’ reboot. Whether Spider-Man: Homecoming will have a large focus on the relationship between Peter Parker and Mary Jane Watson- or whether they will have a “relationship” at all- is still up for speculation.

Spider-Man fans will have to wait and see when the film hits theaters on July 7th next year… unless another leak or announcement releases before then.