Lin-Manuel Miranda is most popularly known as the mind and the voice behind the hit Broadway play Hamilton, but recently Disney seems to have tagged him as their latest star. Disney is not unfamiliar with reusing talent: Alan Menken, for example, has written music for more than 10 Disney films, and John Ratzenberger has voiced at least one character in every single Pixar movie to date.

Miranda seems to be on his way to becoming like these Disney icons: within the past year, he’s has been slated to work on not one, not two, not even three, but four separate Disney projects both as a musician and an actor. His popularity skyrocketing, Miranda has had/will have a hand in creating these projects:

You can already see some of Miranda’s work in this Disney film – he co-wrote The Force Awakens‘ cantina song with director J.J. Abrams.

Miranda wrote the film’s music, some of which can already be heard in the trailers. 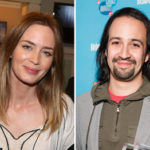 Miranda will be starring alongside Emily Blunt as a new character named Jack in this Mary Poppins sequel. 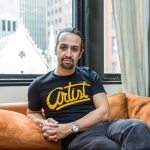 Very little is known of this project, but Deadline reports that Miranda will write the film’s songs alongside Alan Menken, produce alongside Marc Platt, and will supervise the story.

Perhaps Lin-Manuel Miranda will become a Disney regular like Menken and Ratzenberger; in the meantime, we’re excited to see how he fares in these many Disney projects.