It’s been 14 years since the inception of the “Pirates of the Caribbean” movie franchise, making audiences wonder whether or not “Dead Men Tell No Tales” can re-capture the magic of the first film.

Based on the Disneyland ride, “Pirates of the Caribbean” has introduced audiences to iconic characters like Elizabeth Swann, Will Turner, Captain Barbossa and, of course, Captain Jack Sparrow. This new film attempts to introduce us to a brand new cast of characters, including Henry Turner (Brenton Thwaites), Carina Smyth (Kaya Scoldelario) and Captain Salazar (Javier Bardem). With a brand new story to tell, “Dead Men Tell No Tales” is faced with a huge pressure of continuing an already-loved story – a challenge that the film does its best to face.

This new movie is flashy 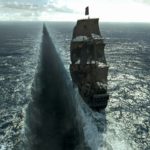 “Pirates of the Caribbean” films are known for extreme fight scenes and state-of-the-art special effects, and “Dead Men Tell No Tales” works hard to meet these expectations. Buildings dragged by horses, parting oceans, heads barely missed by the guillotine – they’re all here, and if all you’re looking for is flashiness, then you’ve got the right movie. Who, after all, could dislike beautiful shots of the ocean, harrowing action sequences and ghost sharks? (Yes – there are ghost sharks in the movie.) 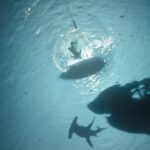 The special effects in “Dead Men Tell No Tales” are telling of how far technology has come since the first movie’s release in 2003. Visually exciting both in beauty and in action, the creators did a good job making the film literally interesting to watch. It’s certainly more flashy than the first films, and gives audiences an interesting visual picture of what it might be like to be a pirate afloat in a supernatural sea.

The first few films, however, rely not only on flashiness, but also subtle humor – many of the fight scenes in the first movie were excellent not only for their action, but for the banter that went on between the fighters. This new movie tends to lean on the side of action rather than dialogue, and while there are moments of nostalgic humor between the characters, it’s clear that “Dead Men Tell No Tales” was created to be more visually exciting than humorous. 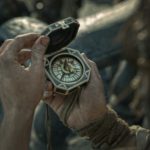 “Pirates of the Caribbean” movies are all defined by a familiar plot line: something (or someone) lost has to be found, a supernatural enemy must be defeated, etc., and this movie follows suit – as you can already tell by the trailer.

What would make this new film more interesting, then, is not the adoption of a new plot, but rather innovation on something we’re already familiar with. Unfortunately, though this movie is fun to watch, the plot itself lacks the ability to give the audience an emotional tie to the characters. The movie certainly tries, but the heartwarming moments that we do see fail to make as big of an impact as the excessive action scenes, especially since many new characters needed to be introduced. 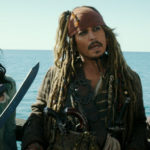 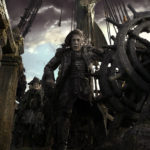 These new characters are interesting on their own – Henry Turner is Will Turner and Elizabeth Swann’s son, Carina is a feminist scientist and Captain Salazar is bent on finding and destroying Jack Sparrow. The movie, unfortunately, was unable to give each of these characters the development and backstory they deserve. The most exciting parts of the film are told in flashbacks (which were only given by a few key characters), while the rest of the film showcases action, rather than giving reason for why the action took place.