The first trailer for “Solo: A Star Wars Story” dropped this morning on Good Morning America, much to the excitement (and hesitation) of dedicated Star Wars fans.

Board the Millennium Falcon and journey to a galaxy far, far away in “Solo: A Star Wars Story,” an all-new adventure with the most beloved scoundrel in the galaxy. Through a series of daring escapades deep within a dark and dangerous criminal underworld, Han Solo befriends his mighty future copilot Chewbacca and meets the notorious gambler Lando Calrissian, in a journey that will set the course of one of the Star Wars saga’s most unlikely heroes.

The trailer gives us little glimpses into Han Solo’s early life – the clean interior of the Millenium Falcon, a fitter Chewbacca, and – most excitingly – a sneak peek of Donald Glover as a young Lando Calrissian. Though he has no dialogue within the trailer, the few seconds of him were enough to send fans reeling. Glover’s role in the movie has been highly anticipated, and this first trailer definitely ups the hype. 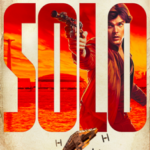 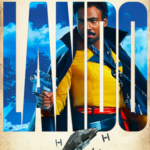 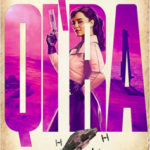 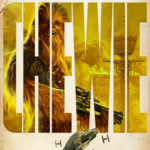 And of course, we get our first glimpse of Alden Ehrenreich as a young Han Solo as well. For now, Lando has certainly stolen the spotlight in this first trailer, but we will hopefully get to see more of Ehrenreich as we get closer to the premiere.

“Solo: A Star Wars Story” will be released in theaters May 25, 2018. Stay tuned for more news, and let us know what your favorite part of the trailer was in the comments!