Presented by The Inn at the Presidio

I recently had the chance to visit my friends at The Walt Disney Family Museum in San Francisco to check out their new special exhibit that’s all about everybody’s favorite mouse!

Mickey Mouse: From Walt to the World is located in the Diane Disney Miller Exhibition Hall, just steps away from the main museum building in the historic and beautiful Presidio near the Golden Gate Bridge. The beauty outside the exhibit only reveals the beauty that is the historic artifacts and art that make up the 90+ year history of Mickey. 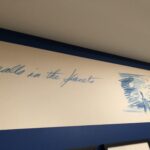 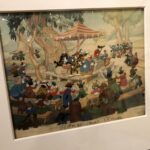 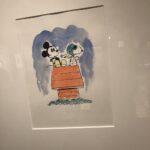 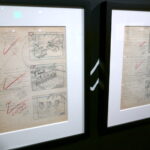 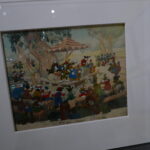 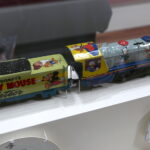 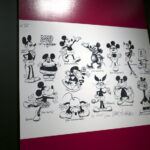 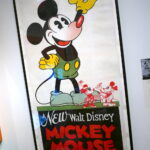 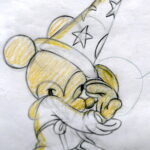 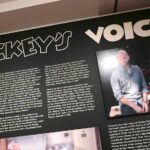 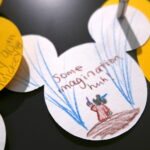 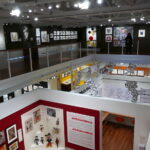 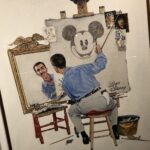 The exhibit is presented in narrative and chronological way, starting from Mickey Mouse’s origins with Walt’s original sketches of “Mortimer” Mouse (Mickey’s original name before Walt’s wife Lilly said Mickey sounded better) to his first appearance in an animated short with sound (Steamboat Willie) that ultimately shot him to worldwide fandom. The exhibit has a vast collection of Mickey Mouse memorabilia that was either found or donated by collectors who had things like first-edition Mickey Mouse watches and hand-drawn sketches from Walt’s original team of animators.

Additionally, the exhibit has even more that you probably didn’t know about Mickey, including the people who voiced him through the years. One of my favorite things to see in the exhibit is the art piece that is being loaned to the museum from current Disney CEO and chairman Bob Iger. It’s a commissioned piece by artist Damien Hirst that depicts Mickey in simplicity.

Mickey Mouse: From Walt to the World will be at The Walt Disney Family Museum until January 6, 202o. Tickets start at $15 for adults, seniors, & students; $5 youth (ages 6 to 17). We recommend also getting the combo ticket to gain access to the main museum if you’ve never been there before! More information and tickets can be found on the official museum website.

My special thanks to the staff at The Walt Disney Family Museum for hosting us for this story and for their continued partnership!