I remember when Marvel Studios announced a few years back that they would be making another standalone Spider-Man film. And I was excited!

There was excitement to be had for numerous reasons: while it was being made by Sony (which still owns the rights to Spider-Man), it was being done with the help of the amazing Kevin Feige-led Marvel Studios, it had a tie to greater Marvel Cinematic Universe, and Spidey himself was being played by arguably the best actor for the character: Tom Holland.

“Spider-Man: Homecoming” was indeed a Spider-Man film that I thoroughly enjoyed for all those reasons listed above and more. However, the greatest reason why I enjoyed it was because it was all so grounded. 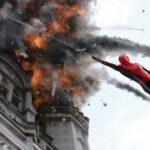 For all that it’s worth, Marvel’s Cinematic Universe is indeed a universe, where space battles happen and supernatural heroes come and save the day. Like the Captain America films, however, these new Spider-Man films are probably the most relatable to us, mere human beings.

“Spider-Man: Far From Home” basic outline is once again tied to high school life. This time around, Peter Parker, MJ, Ned, and his classmates get to go on a field trip to Europe for an academic trip. And so, the typical high school teen shenanigans one would assume happen on a trip like this does indeed happen. Those who were a big fan of Spidey and MJ getting to know each other better will be pleasantly surprised in this film aka teen love and a whole lot of meme-funny is key here.

But even with this very youthful and relatable story driver, we don’t stray far from the complexity and dangers there are when living within the MCU. 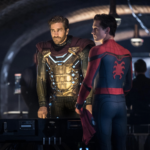 This is done through things that were put into the trailers for the film: an introduction to a new “super” named Mysterio (who is also in Marvel comics) and Peter having to deal with the loss of his friend and mentor Tony Stark aka Iron Man. This film takes in the same world and a few months after “Avengers: Endgame” and ‘The Snap’.

While not going into detail on what plays out between those two aspects of the film, we can say that each one does bring a uniqueness to what one might think of when thinking of a Marvel film. I personally did not feel any ‘superhero fatigue’ when watching this movie with overused plot lines or devices that are common in superhero movies like this.

Instead, you get a whole bunch of twists and reliefs that are mixed together pretty well to create something that keeps you interested throughout the entire runtime.

So there you have it. An epic MCU film that’s grounded in something real and fun like teens having fun and falling in love. It’s nothing particularly new, but it is something that makes for a pretty enjoyable moviegoing experience. And that’s why we watch Marvel movies anyway, right?!

These films have been screened prior to the release date for review purposes and therefore are viewed without charge courtesy of Sony Pictures.