The small but very creative and capable team of The Star Wars Show receiving their Emmy in 2019.

It was the last thing that Scott Bromley thought of when he and the team found themselves on the red carpet for the Creative Arts Emmy Awards.

The writer of the YouTube-based Star Wars Show was accompanied by the rest of the rather small team that manages to create a quality, engaging show that updates you on major Star Wars happenings in the world every week. It was all surreal to them.

“There was always a goal to be nominated for the Emmys,” Bromley said to us over the phone. “We even had a Post-It note on a space on the wall in our office saying ‘Get that Emmy.’”

In true Star Wars fashion and since the Emmy statuette contains stars, they shot for the stars and got it. 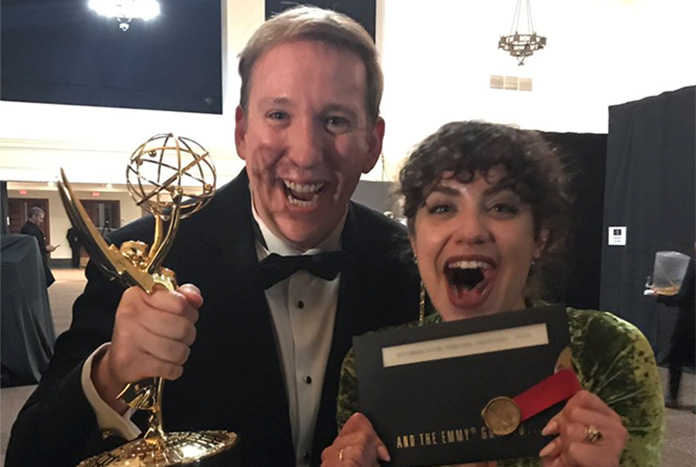 Winning an Emmy is a big deal as they are awarded by a governing body of TV show professionals to the best TV show creators for their work.

The Star Wars Show is very much a TV show in that it’s a form of video entertainment that you can watch anywhere so long as you have an internet connection. But winning Emmys and being considered a serious TV show wasn’t the reason the show was made into being.

“I was brought on to lead the Lucasfilm online team, reboot StarWars.com, and build out the always-on digital content offerings for the  Star Wars franchise,” said Mickey Capoferri, senior director of content and programming at Lucasfilm and the show’s executive producer. 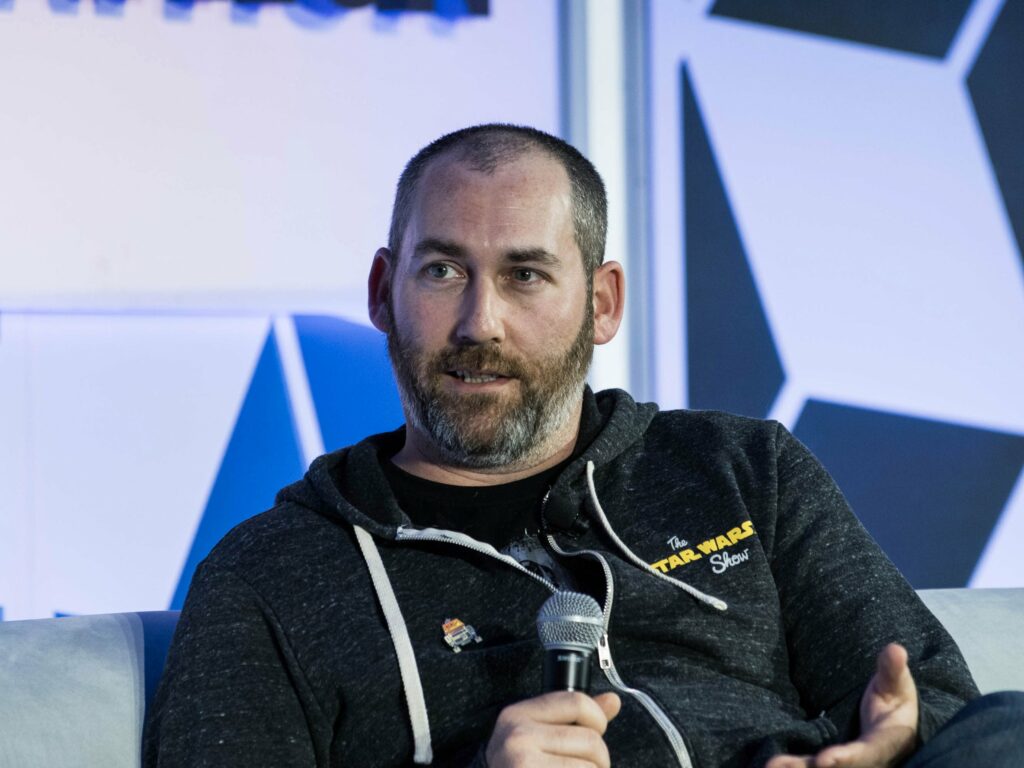 That time Capoferri was referring to was 2013, when the percentage of people watching online videos on your smart device versus network television on your flat-screen TV was on the steady climb.

If that’s where the audience was, Capoferri and his very small team had to follow. Their first original video content offering exclusively for the web was Rebels Recon, a post-show discussion with the creators of the hit animated TV show Star Wars Rebels that aired on cable TV’s Disney Channel.

Capoferri said, “The show was popular with our audience  and remained so over the four seasons we did it. It was proof that we could do more.”

Armed with the audience data behind them assuring leadership the value of online video, 2016 brought the creation of The Star Wars Show.

“We include news that relates to the Star Wars world, interviews with special guests, field packages (a camera crew capturing a convention, etc.), and sponsored segments (that help pay for some of the more elaborate segments the team likes to do). In that order — as much as possible,” said Star Wars Show producer John Harper.

Harper’s unassured comment comes only by way of the nature of how the show gets created weekly.

Anina Walas, the show’s senior operations and production coordinator, basically shared that the show is ‘made-to-order’ every week.

Interviews with guests the week before, Thursdays and Fridays dedicated to field packages, Mondays doing the in-studio recordings at Lucasfilm headquarters in San Francisco with hosts Andi Gutierrez and Anthony Carboni, and editing on Tuesdays for a release on Wednesdays.

“That’s what we aim for, but working with different teams across Lucasfilm and Disney and making something as unique as our show means a lot of last-minute changes across the process,” Walas said, to which Harper added, “You can’t make something fresh in advance.” 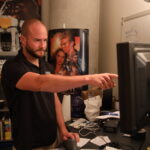 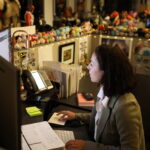 One of the things that the team can make in advance are the sponsored segments. They often are the parts of each show where the team gets to have fun and be more creative.

Harper and Walas shared that the most memorable segment they got to produce involved working with Solo Cups to create an entire Millennium Falcon out of their iconic red party plastic cups. “It was tied to ‘Solo: A Star Wars Story’ and it was the obvious thing to do,” said Harper. 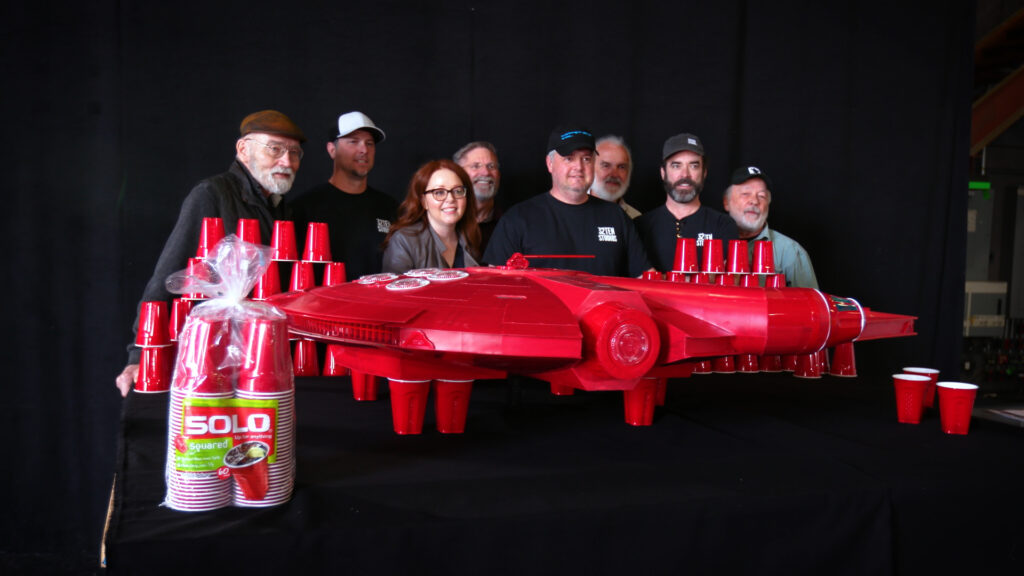 The team’s creativity shines apart from sponsored content as well. Their parody segment where they took Star Wars: A New Hope and set it against the hit TV show ‘Arrested Development’ is the reason they took home their Emmy earlier this year.

“When you work in short form video, it’s the ultimate test in content creation,” said writer Scott Bromley who worked on formulating the story and voiceover that Star Wars fan and “Solo” director Ron Howard did for the Emmy-winning video.

“The only guardrails in creating content for our show are that nothing needs to be tied to a canon story or a character,” Bromley said. “We create our own worlds within the world.”

A lot of what The Star Wars Show is today is not for fans to debate who shot first or if Jar-Jar Binks should have been in Episode One. Instead, it’s a place where fans can get informed and be entertained about their own fandom by the creators and other fans themselves.

One such fan that got to become a creator on the show is Tony Sherg. Sherg’s fandom led him to walk into Lucasfilm headquarters in the Presidio area of San Francisco back in 2016.

“I was floored to be in the lobby,” he said recalling his visit to the large light-filled room containing lots of Star Wars memorabilia. It was while he was taking it all in that he befriended a motion capture artist who worked there that his fandom began to turn into his dream job.

Sherg now works as the designer for all Star Wars online digital content, including The Star Wars Show where he makes the graphics for the segments and even the YouTube video thumbnail images for each episode.

“It’s humbling and amazing to think that Star Wars fans get to see my work all the time.” 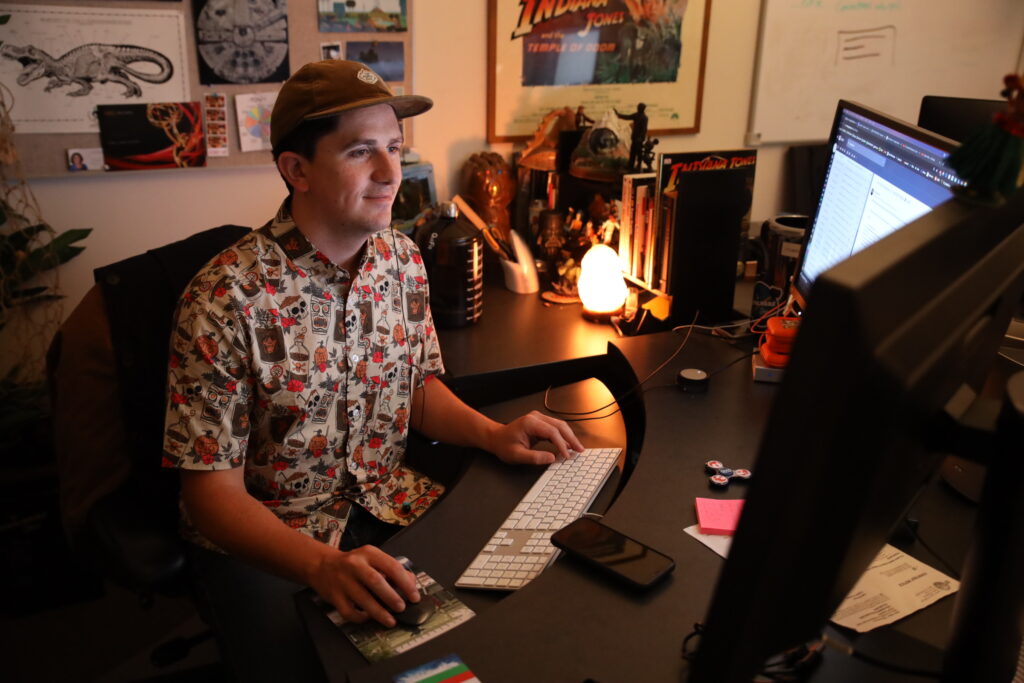 Since the initial episode that debuted in 2016 (shortly after the  resurgence of Star Wars with the release of “The Force Awakens”), millions of people have tuned in to  over 150 episodes, the team has grown to nine full-time people, and they’ve garnered 4 Webby Awards, 7 Telly awards and of course, the Emmy.

However, one thing hasn’t changed: the consistent love for Star Wars.

While the team all said that they don’t feel like they’ve created ‘new’ Star Wars fans, much of their success has been rooted in a younger, digital-first audience that may have interfaced more deeply with Star Wars through their signature show. 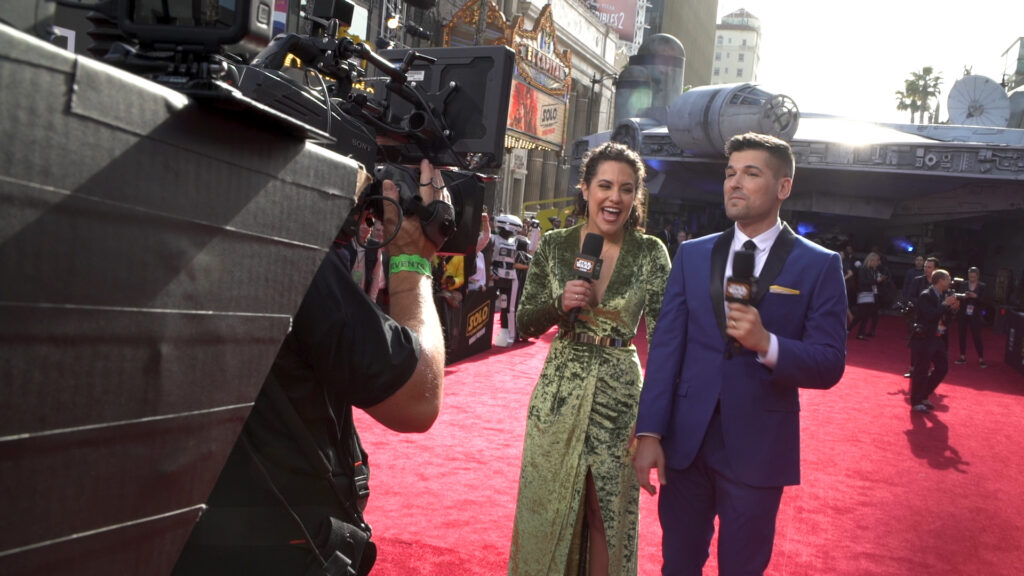 Like most other initiatives having to do with George Lucas’ epic space opera, everything is powered by the love everyone has for Star Wars. “Sure, the things we make can be considered marketing, but we’re fans first and foremost,” said Capoferri. “We make sure that is seen, heard, and felt by our audience in anything we put out. We try to incorporate as many fan groups  (e.g. 501st Legion, R2 Builders club) into our content as we can.”

The menu of digital offerings has grown to include the Star Wars Kids channel (using Star Wars everything to do everyday things), Science and Star Wars (showing the parallels between modern science and what is seen in Star Wars) and Our Star Wars Stories, all distributed across the major digital platforms. The team also produces the multi-day Star Wars Celebration and Red Carpet film premiere live streams that take fans to the biggest events of the year as they happen.

Capoferri says it’s all in response to the powerful embrace that The Star Wars Show has received. “My superiors are relatively hands-off when it comes to us doing what we do,” he said. “But it’s still a constant work of balance to make sure that we’re meeting our company’s goals and supporting their initiatives while engaging with and entertaining the fans in the most authentic way possible.”

With ever more to do, the small yet nimble team seems to be enjoying the extra workload because it’s more than work to them. “We do cool things as fans for the fans,” said Walas.

The Star Wars Show itself has become a very popular offering that Star Wars fans have embraced. Recalling another Emmy-worthy moment at Star Wars Celebration earlier this year in Chicago, Bromley mentioned that it was amazing to have Star Wars Show fans come up to him and the team and ask for their autographs and pictures.

Continued Bromley, “This one family all created and wore custom shirts with our names and references we make on the show. Another sang us a song she wrote inspired by one of our videos. Some families even make watching our show a weekly dinnertime tradition. It’s crazy!” 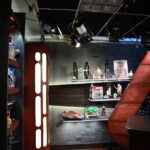 The Star Wars Show set is much smaller than you think, but bigger thanks to wide lenses. 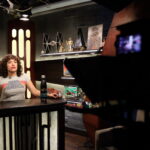 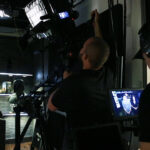 Behind the scenes on set