If you’ve looked up recent Pixar news lately, you’re bound to see stories about the new animated shorts that were part of what once was an internal Pixar creative program called SparkShorts.

The animated shorts, which were typically experimental and internal “side projects” are now getting the spotlight by getting a theatrical run AND a global audience by coming to Disney+, along with the talented Pixar storytellers who made them.

Among the handful of SparkShorts that debuted at Disney+’s launch is one called “Float.” Like the others, “Float” has a deeper subject matter, new animation technologies, and unique one-of-a-kind characters. It is the first Pixar project to feature Filipino characters, but the Filipino director and writer of “Float” would say that’s not the only thing that makes this project special.

“You’re not going to see dancing lumpia [or Filipino egg rolls] in this,” said Bobby Rubio laughingly to us in a phone interview earlier this month. “You will see my son, though.”

Rubio’s inspiration to make “Float” stemmed from a deeply personal experience: the birth of his first child, Alex. While many fathers would take great joy in the moment, Rubio’s experience, as he puts it, was deeply saddening because Alex was born with Autism.

He continued, “I didn’t take it well at all, and it took years for me to fully process it.” As an artist, Rubio took up the thing that he had always used to express himself: drawing. He drew a comic book that told the inspired story of how his son had the superpower of being able to fly. Rubio pocketed the comic book shortly after, never thinking that his way of processing this unexpected moment in his life would ever be made public. 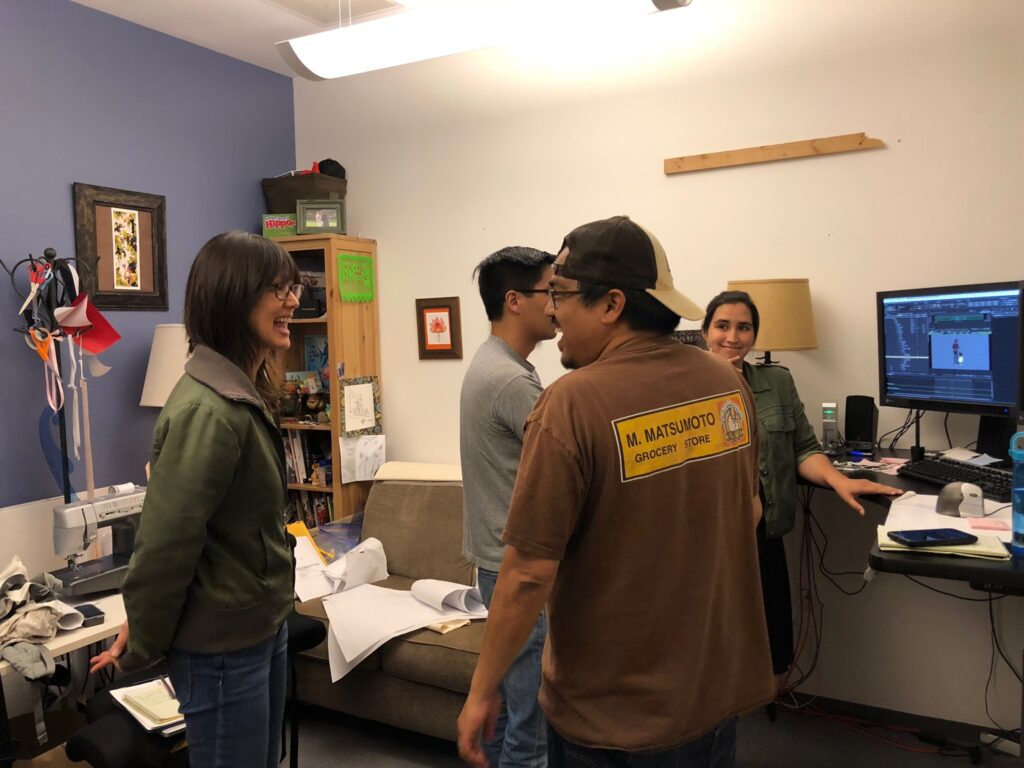 That all changed when the SparkShorts program launched. Two years ago, Rubio felt compelled to storyboard a version of his comic book concept inspired by him and his son. However, that inspiration only went so far as the plot. “I originally named the characters white,” he said. “It was a bias on my part thinking that people wouldn’t want to see Filipino characters front-and-center.”

It wasn’t until Rubio pitched this to his colleague and writer-director of another diverse animated short “Purl,” which was also selected to be a part of the SparkShort program, that he realized he was wrong.

“She basically told me to be authentic because it’s my story. It’s really about me and my son, and we just so happen to be Filipino,” he said.

Rubio went on to say that while Filipino culture are seen in the characters and setting (try to find that Filipino flag mug and wooden fork and spoon in the short), it wasn’t meant to be everything. “Some people might be disappointed that we’re not highlighting Filipinos enough in it. I’m excited to tell stories like that, but this one isn’t one of them.”

Instead, the story in Rubio and even his producer Krissy Cababa’s mind was the same all along no matter what platform or audience it would end up on or in front of – we’re all human. 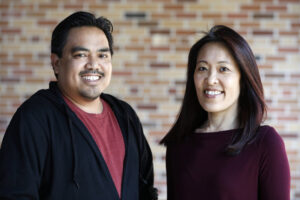 “We all share a lot more than we think,” said Cababa. “Float will resonate with people because it is universal. Many parents have experienced what Bobby [Rubio] experienced.”

Added Rubio, “All sorts of people will resonate with this in their own way because it’s about the relationship between a father and a son, not just Filipino fathers and sons.”

That universal resonance also came to people they showed the short to during production, including Pixar’s Braintrust [or creative leaders]. Among them was a Filipino named Ronnie del Carmen, who Rubio said “loved and appreciated” the all-around cultural and artistic significance of the short.

Now that the short has been released with the debut of Disney+, all sorts of people have given critical acclaim of seven-minute film. A quick look at Rubio’s Twitter profile and you’ll see hundreds of tweets from white and Filipino to young and old sharing their positive thoughts on something that wasn’t supposed to be – from the very beginning.

“There’s no shame here. I’m so proud of what the team and I made. I’m more proud of Alex. This all means so much to me. Thank you.”

Our special thanks for Bobby Rubio, Krissy Cababa, Chris Wiggum, and Pixar for an advance screener of “Float” and for the interview for this story! You can watch “Float” now exclusively on Disney+.