I remember watching the trailer for Pixar’s “Onward” for the very first time and all I could recall was that it looked like a DreamWorks film.

It featured blue troll-like characters living in a fantasy world where mushrooms were houses and unicorns were pedestrians. Fairies were biker gangs and a minotaur was a policeman.

From “Toy Story” to “The Incredibles” to even “Finding Nemo,” Pixar movies have been relatable (and arguably more emotional) because they’ve been grounded in our own real, human world.

While the environment that “Onward” takes place is not our own, the social relationships of the characters do. The story as we saw in the trailers centers around two brothers, Ian and Barley, who are met with a mysterious magic that would allow them to reconnect with their dad who died for one full day.

After seeing the film myself earlier this month, I can attest that is indeed the case, but also takes that premise and flips it on its head in a meaningful and emotional way, a hybrid of the best of Pixar and Disney Animation movies, if you will.

It’s a quest that these two brothers go on that drives the movie forward, which is a very human concept that’s not difficult to grasp. There’s quite a bit of setup that happens in the very beginning, however, that needs explaining with the help of characters and scenarios that seem out of place. That all disappears rapidly in Act 3 when all of it winds itself together for the film’s very gratifying finale.

Yes, the movie has everything that a fantasy quest movie has, including some thrilling edge-of-your-seat moments. That finale, for me, however, was something that I didn’t think this film would have – something relatable to me.

I’m an only child. It wasn’t by choice as my parents tried to have another child as I did ask for one. It was a lonely childhood, but found my comfort in being with myself and tapping into my innate curiosity and imagination in longing for something better – to not be alone.

It took some time and me jumping out into fear to have made me realize that I have certain friends and family that have reminded me that I’m loved and not alone. But the reason I think it took so long was because I was looking in the wrong places.

For Ian and Barley, their fantastical quest to have a few moments with their father they barely knew was indeed the goal. However, they and ultimately anyone who watches this movie will realize that the journey in getting something will be equally revealing and emotional as well.

As an only child having watched “Onward,” I teared up because while I felt alone as a child, I had brothers (and sisters) in other areas of my life; brother and sisters looking out for me as I looked outward and journeyed onward into life. I only wish that everyone sees a movie like this that only Pixar can make and realize the same thing. 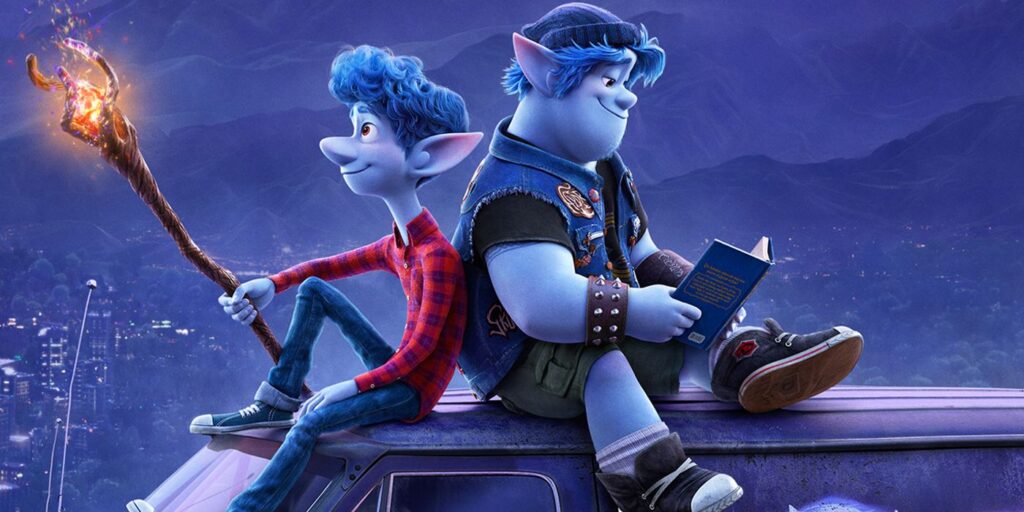