I wasn’t there when Disneyland closed its gates for the first time since 9/11/2001. But like that day, March 14, 2020, I really don’t think we were all prepared for what was about to happen.

Now, 412 days later and a pandemic that is looking to subside, the Happiest Place on Earth is now again open.

The experience of visiting both Disneyland Park and Disney California Adventure was a familiar one. I liken the feeling to not having seen a good friend for a while. It was oddly familiar, and yet at the same time, foreign.

Maybe it was the visual of seeing the unchanged Sleeping Beauty Castle with people taking pictures in front of her – with masks on. Perhaps it was all the outdoor queues for attractions but with lesser wait times because of the limited capacities in place. Or maybe it was someone like me having had the privilege of going to Disneyland frequently that my happy had to come from somewhere else after not being able to visit for so long.

The reality of visiting again was a good thing, and yet, it was subdued. And I think a lot of people felt that, too.

Just a few weeks ago, Disneyland’s website was hit with thousands of visits for those looking to not only buy tickets, but reservations which are required for visits now due to COVID-19 health protocols. Tweets and social media posts for those few days were of the page where people held steady for 12+ hours to nab both those things.

And many of them, like me, were locals and probably annual pass holders who didn’t even have to think about spending the hundreds of dollars for tickets and all that time to be among the first to visit after the extended closure.

However, today was filled with joy. I saw cast members and guests shed tears that then dripped down their masks. Instagram was littered with stories of all that, people eating Dole Whips, catching the new show scenes in the re-imagined Snow White attraction, and even screenshots of what boarding group they got to ride Rise of the Resistance in Galaxy’s Edge. Lines for attractions averaged only between 10-45 minutes for even the most popular attractions – a win on any regular Disneyland day for sure!

Yet for all the joy that was had today, I couldn’t help but think about how all of us were really feeling throughout the day.

We all are different people now. We’ve lost loved ones to the virus, and maybe lost relationships that were forged and built within the Magic Kingdom. We lost our jobs and for a long moment we probably were not able to buy a churro, let alone pay the price for admission.

Some amenities that were designed to make our visit easier like FastPass and even more magical like the nighttime fireworks and shows like Fantasmic! were all unavailable. Add the 90 degree heat in Anaheim and I’m sure there we’re a few ready to call it quits after a few hours. 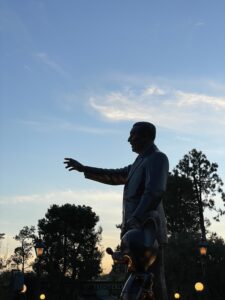 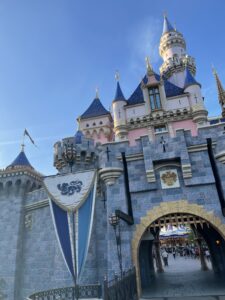 Our attentions and affections have changed, which is probably why I feel happy and yet conflicted at the same time. And after everything that has happened this past year, I’ve learned that we can hold both. ‘Happily ever after’ truly can only exist after evil thought it had its day.

I very much look forward to every instant I get to visit the parks in the future, and I hope to never take it for granted ever again. But will I get a new annual pass when the new program debuts later this year? Maybe. Maybe not.

One thing is for sure – April 30, 2021 was the day the magic came back. And that’s a happy thing worth celebrating.

We’ll have more on the reopening of Disneyland in the coming weeks. Follow us on social media @DisneyExaminer for all that – including the grand opening of Avengers Campus on June 4.